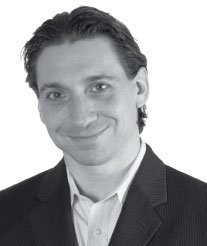 Aaron B. Aumiller focuses on assisting federal workers with claims for work injuries. He advocates for clients both nationally and internationally for injuries sustained during federal employment or under federal jurisdiction.

Aaron served as Judicial Law Clerk in the Superior Court of New Jersey for the Honorable E. Stevenson Fluharty, J.S.C. and the Honorable Samuel L. Supnick, J.S.C. Upon completion of his term, he has been engaged in the private practice of law.

Aaron has provided expert legal testimony and has lectured on Federal Workers’ Compensation issues. Many unions refer their members to him for assistance with perfecting claims for injuries.

Aaron resides in Southern New Jersey with his wife and four children.

Regardless of your position, we will help simplify the process of getting fair compensation.

We will guide and empower you through the complex federal compensation system.

What Sets Us Apart